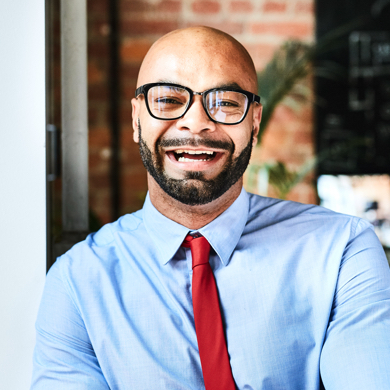 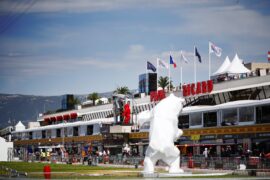 The circuit was built thanks to the finance of an ccentric pastis magnate who’s name was Paul Ricard. Ricard wanted to experience the challenge of building a racetrack. Ricard died in 1997 and the circuit is now owned by Bernie Ecclestone.

It was built in 1969 and was first used as Formula 1 track in 1971. The circuit has been modified to make it safer. The long Mistral straight use to be 1.8 km long. But because of the death of Elio de Angelis in 1986 during testing in the Brabham BT55 the circuit was modified.

The track is known for its distinctive black and blue runoff areas known as the Blue Zone. The runoff surface consists of a mixture of asphalt and tungsten, used instead of gravel traps, as common at other circuits  A second, deeper run-off area is the Red Zone, with a more abrasive surface designed to maximise tyre grip and hence minimise braking distance, although at the cost of extreme tyre wear. The final safeguard consists of Tecpro barriers, a modern improvement on tyre barriers.

Getting to Circuit Paul Ricard 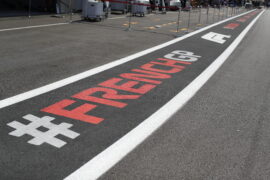 Circuit Paul Ricard is situated in the south of France and lays 8 km from the village Le Castelle in the Var departmenent Provence. The nearest international aiports are Marseille Provence (66 km) , Toulon Hyères (55 km) and Nice Côte d’Azur (176 km).  Le Castellet airport which is located next to the circuit is for private flights only.